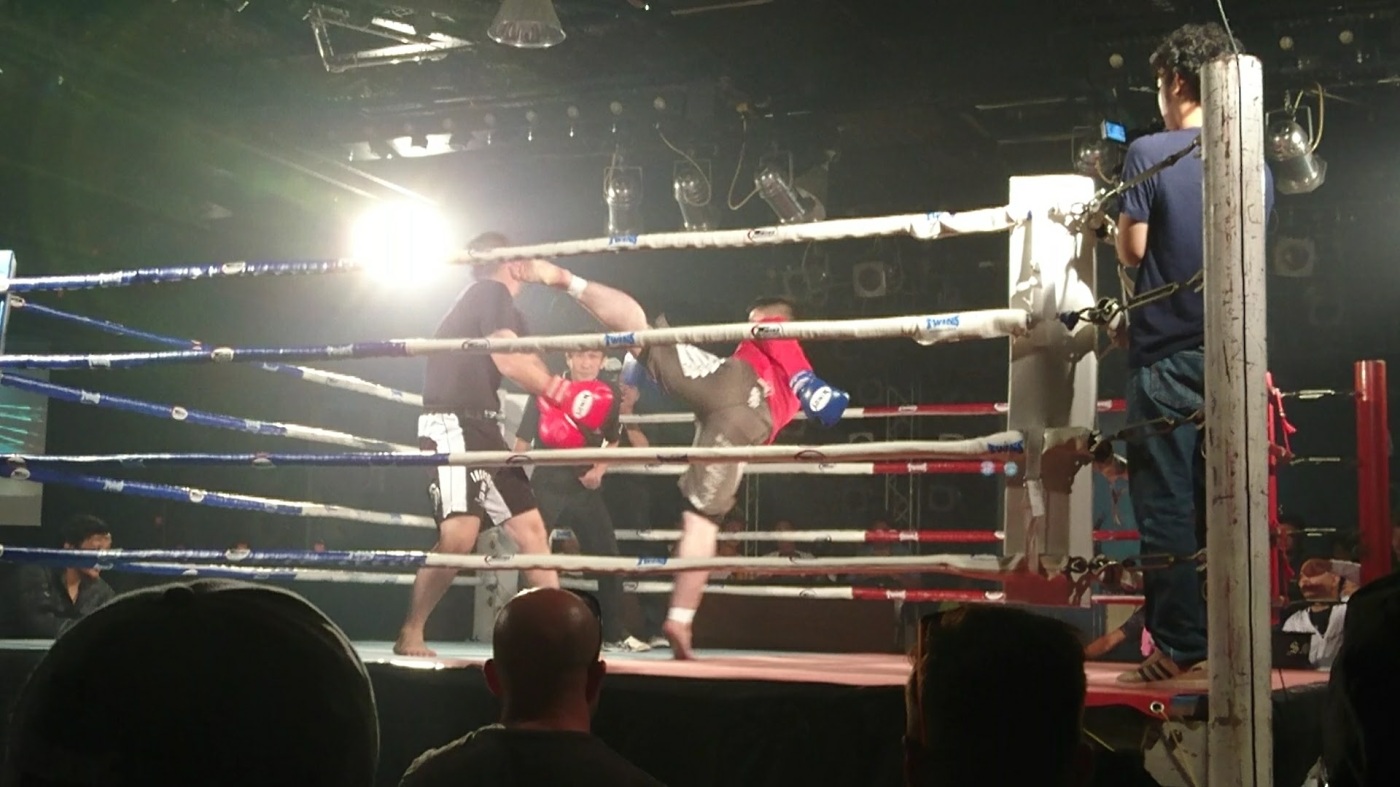 Last night was AWESOME! Some straight underground fight club type of shit. The event was put on by the MATURI Pride of Ryukyu. For ¥4000 we got great seats and ended up getting a refund due to the fighter we came to, his opponent didn’t show up so for his penalty he had to pay for our seats! The fights were in a club down in Naha that we had to go upstairs into. On the fight card there were 24 fights from some guys first fight all the way to almost pro! One United States Marine fought and Completely destroyed his opponent! For the main event the fighter brought out an Okinawan rapper that was actually really good even though I wasn’t sure what he was saying. Some fighters had signature entrances like getting slapped before getting it the ring, throwing their warm up jacket into the crowd but my favorite was the guy who rode a bicycle down the catwalk then got into the ring. It was a pimped out bicycle. The venue was nice with local food and a bar, also the turnout was great! I’m guessing about 200-300 people showed up. I took video of most of the fights and will be uploading the good ones and when I get the time I will make a highlight video of all the fights. After the fights I got in touch with the promoter about getting set up to fight at their next one November 12th. Hopefully not too hung over from my birthday on the 11th and the Marine Corps birthday on the 10th.

This is a text widget, which allows you to add text or HTML to your sidebar. You can use them to display text, links, images, HTML, or a combination of these. Edit them in the Widget section of the Customizer.

The Art of Blogging

Get off your feet and explore!

Come view the world from my loft

Observations of the illusion through the eyes of wonder...

Taking detours to the MArrow
My Site
Cooking Without Limits

An Archive of Curious Facts for the Curious